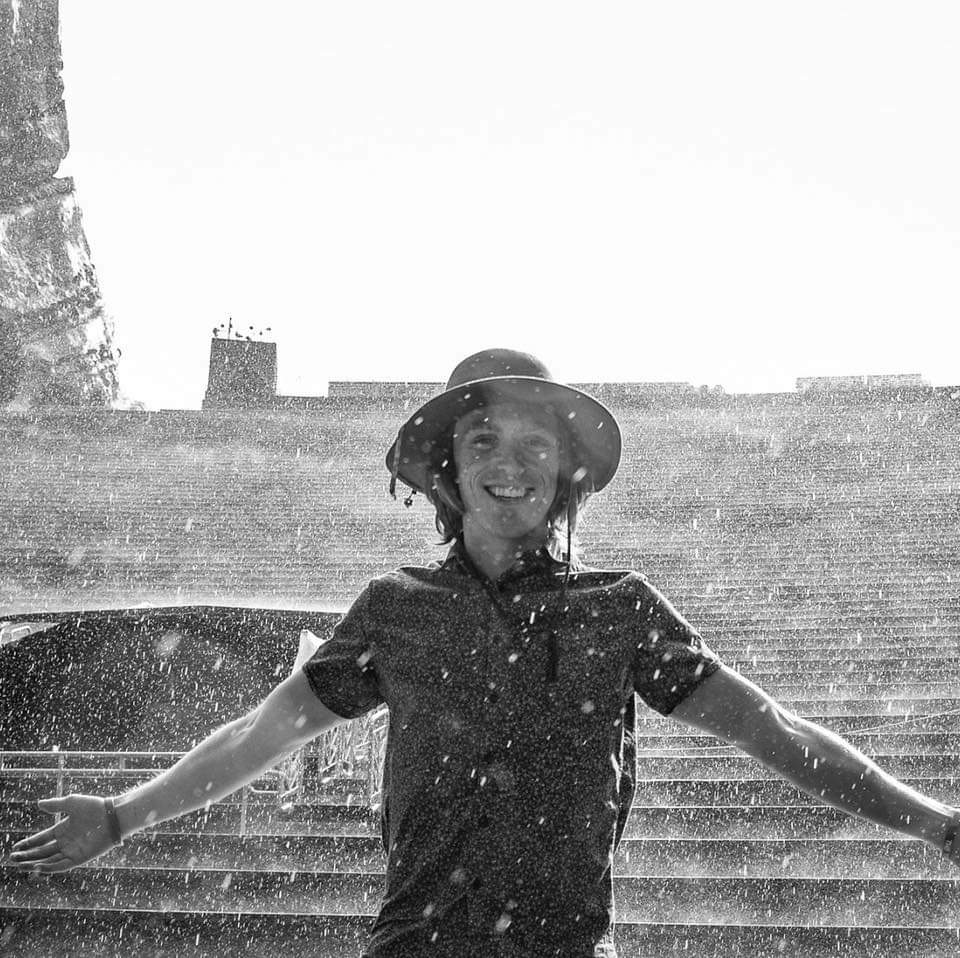 Dacota Muckey is a young, all-in-one kind of artist. He has been said to burn every bit of himself up on stage. His passion and desire to move forward with his music is evident both on stage and off. Dacota is a full time musician in his early twenties and his music has taken him to music festivals, bars, colleges and more all over the midwest and especially in his home state of Indiana. Playing all of these live shows and recording several full length albums of original material both with his band and solo have brought him extensive recognition over a short time as a musician with a pure passion to pour his entire life and all he has into his craft. His music is a new-age folk, rock, jam band style and his use of a loop pedal creates a seemingly full band.
​
Dacota has opened up for big time acts such as Blues Traveler, Andrew McMahon in the Wilderness, Dustin Thomas, and Laith-Al Saadi from NBC’s The Voice. He has also performed at major Music Festivals like Bonnaroo, Shang Ri La and more.

“I had the pleasure of meeting & playing some music with Dacota at Shangri-La Music Festival and was thoroughly impressed. His songs are lyrically driven, songs about self empowerment, growth, and self activation. Underneath his poetic couplets is an phenomenal grip on his guitar, melodies and chords built in between confident riffs and challenging finger work. And all this shines no brighter than his voice. A textural gift of rasp and soul. A voice that cuts through you while putting you at ease. I was truly in awe while watching his artistry unfold, and am only surprised with the idea that more people have not heard his work. Because more people should. A true talent.”
-Karl Vincet of Satsang

Copyright THRIVE FEST LLC. 2021 - All Rights Reserved
Back To Top
GET ALERTS